As a modern comic collector, I am bombarded with new and fresh comics each week. The conundrum in collecting is deciding what I want while trying to maintain a budget. Then, some hot, new, creative team introduces a “must have” book, and–just to spice things up–the publisher offers a kazillion variants. The completest in me wants very badly to have every issue of the new Archie relaunch AND every one of those awesome Star Wars covers issued by Marvel. Some books are issued as “1 in 10” variants or “1 in 25.” There are “1 in 50,” too, and so forth and so on. Add to these “1 in…” are special interests variants like Ghost Variant, Phantom Variant, Loot Crate Variant and Hastings Variant. Sometimes, to encourage high order numbers, publishers allow retailers their very own special variant unique to their store! 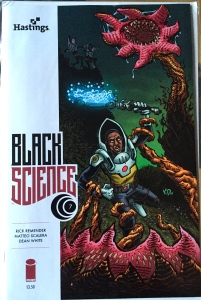 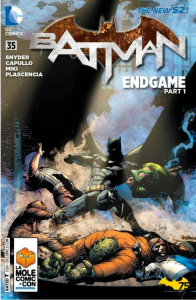 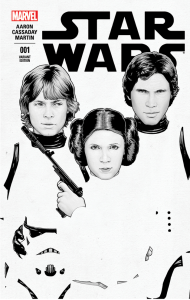 Publishers aren’t just issuing variants for comic release dates. They are also doing special limited (debatable) print runs for specific comic conventions, such as San Diego Comic Con, New York Comic Con, or any of those Wizard World conventions. This means the market is duly flooded with variant cover comic books as far as the eye can see. Some variants really are extremely rare; like those 1:100 and 1:200, and especially those 1:300. Some variants are limited by print run, as only 500 copies are made. That’s it. Five-hundred. All these different approaches to printing a comic book means a collector has the potential to be inundated with… too much. And, can you imagine what it must be like for the retailers? What about all the stock that doesn’t sell? 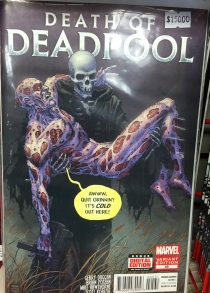 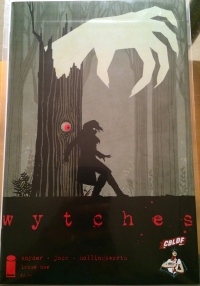 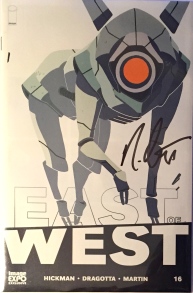 So here’s my love/hate: I like variety and I enjoy having the opportunity to see artistic vision, one artist versus another. And, I–like many other collectors–want that rare book that might be worth money many months (years) from now. But, I realize there is a down side to this hype. Variants cause an extra layer of speculation in this hobby, and that speculation can turn some collectors off. What’s hot now may fizzle out later, and what I paid a premium for today may not be worth cover a few months from now. This means if I don’t want to get burned I have to be discerning. 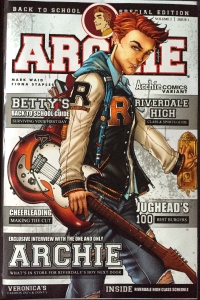 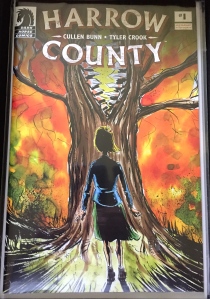 I recently stumbled on to this website and found myself wishing I had more money. I am a sucker for really unique variants. I mean, I want something more than just the black and white variant. I will pursue variants by specific artists, people I like, such as: Charles P. Wilson III or Fiona Staples and I’ll pay whatever is the asking price. Honestly, if I didn’t impose my own restriction on variant purchases I would go broke trying to own them all. As I recall, the Archie relaunch had about 20 different covers. Some were amazing and some, well acquired taste. If you are a Godzilla fan, there were over 100 variants issued by IDW. That’s like a short box of comics all for one issue.

Update just before posting, the awesome variant subscription service Four Color Grails has closed. This saddens me as I really enjoyed their enthusiasm for the hobby. I feel lucky enough to have gotten some of their books. RIP 4colorGrails.